Kickoff of the OntoSoft Geoscience Paper of the Future Pilot

The Geoscience Paper of the Future pilot was held in the Spring of 2015, with thirteen members of the Early Career Advisory Committee of the EarthCube OntoSoft project signed up to participate.

Yolanda Gil, PI of the OntoSoft project and Research Professor in Computer Science at the University of Southern California kicked off the OntoSoft GPF pilot activity and welcomed in-site participants as well as remote participants and observers. On the screen is Michael Bizimis, Assistant Professor in the Department of Earth and Ocean Sciences, University of South Carolina. Seated third from the right is Sarah Rubin, an MD at Children’s Hospital Los Angeles and recipient of a fellowship to apply data science to pediatric critical care. 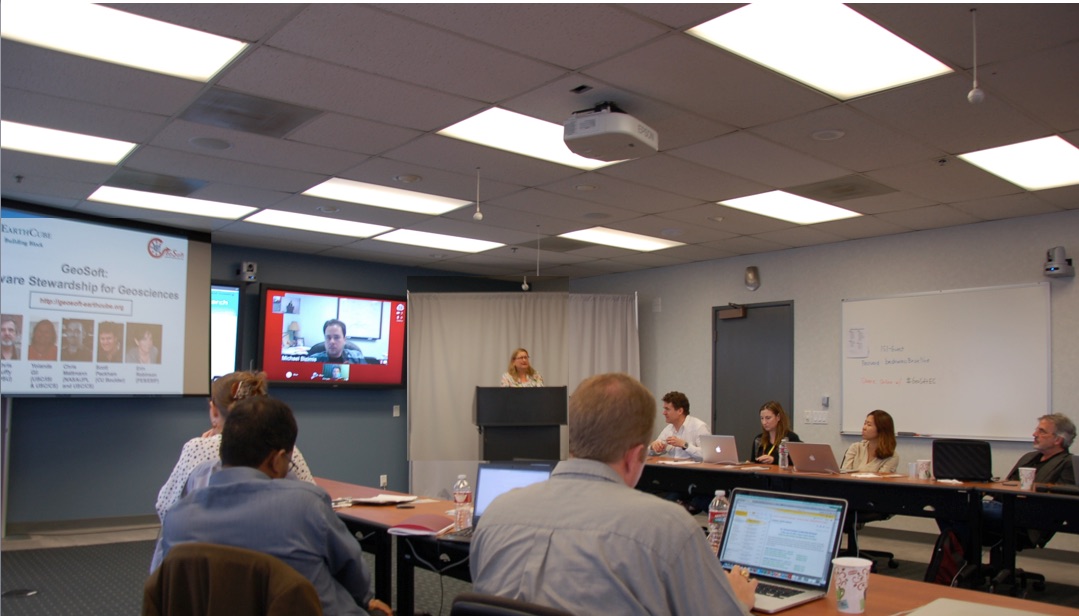 Planning the special issue of the AGU Earth and Space Sciences journal on Geoscience Papers of the Future during the meeting breaks, here are shown the editors of the special issue: Karan Venayagamoorthy (second from left), Cedric David (fourth from left), and Chris Duffy and Scott Peckham (right). 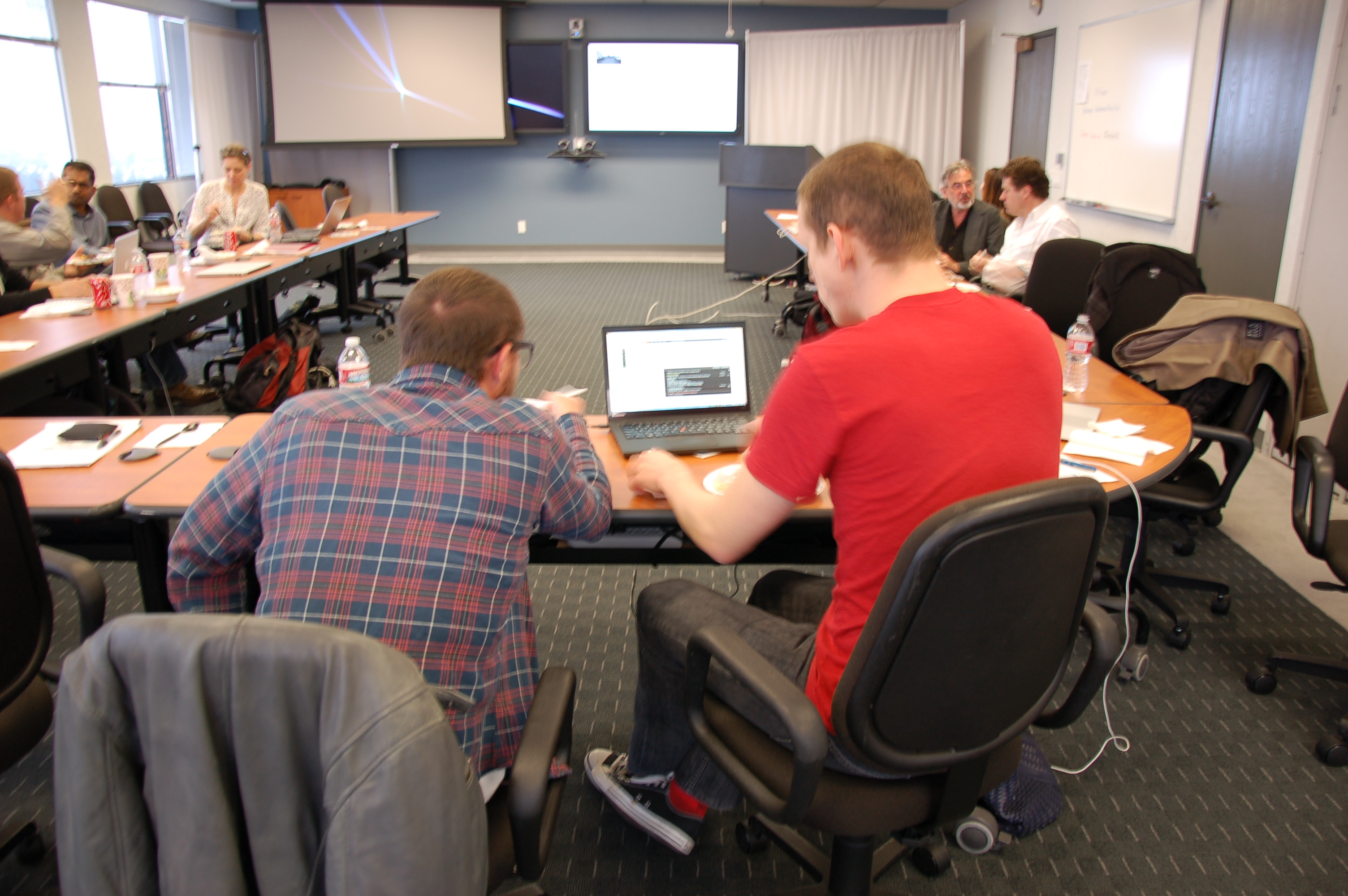 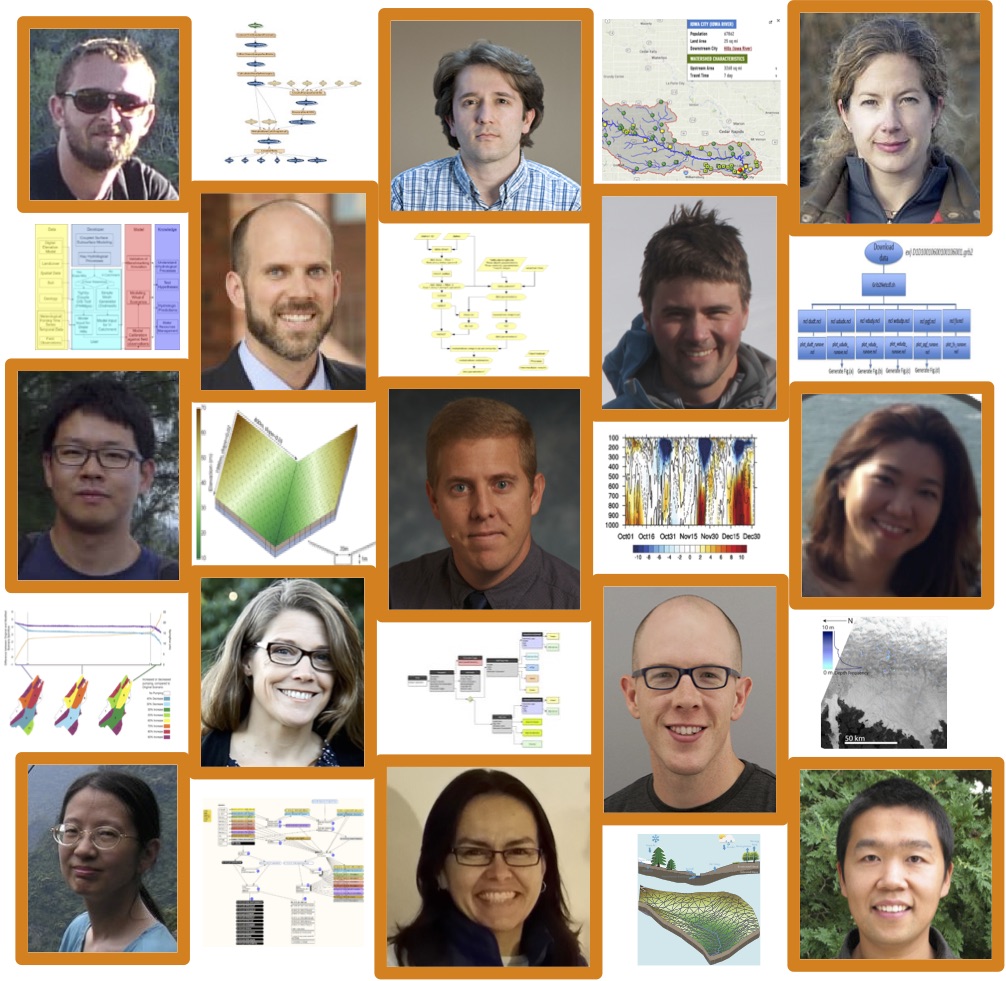 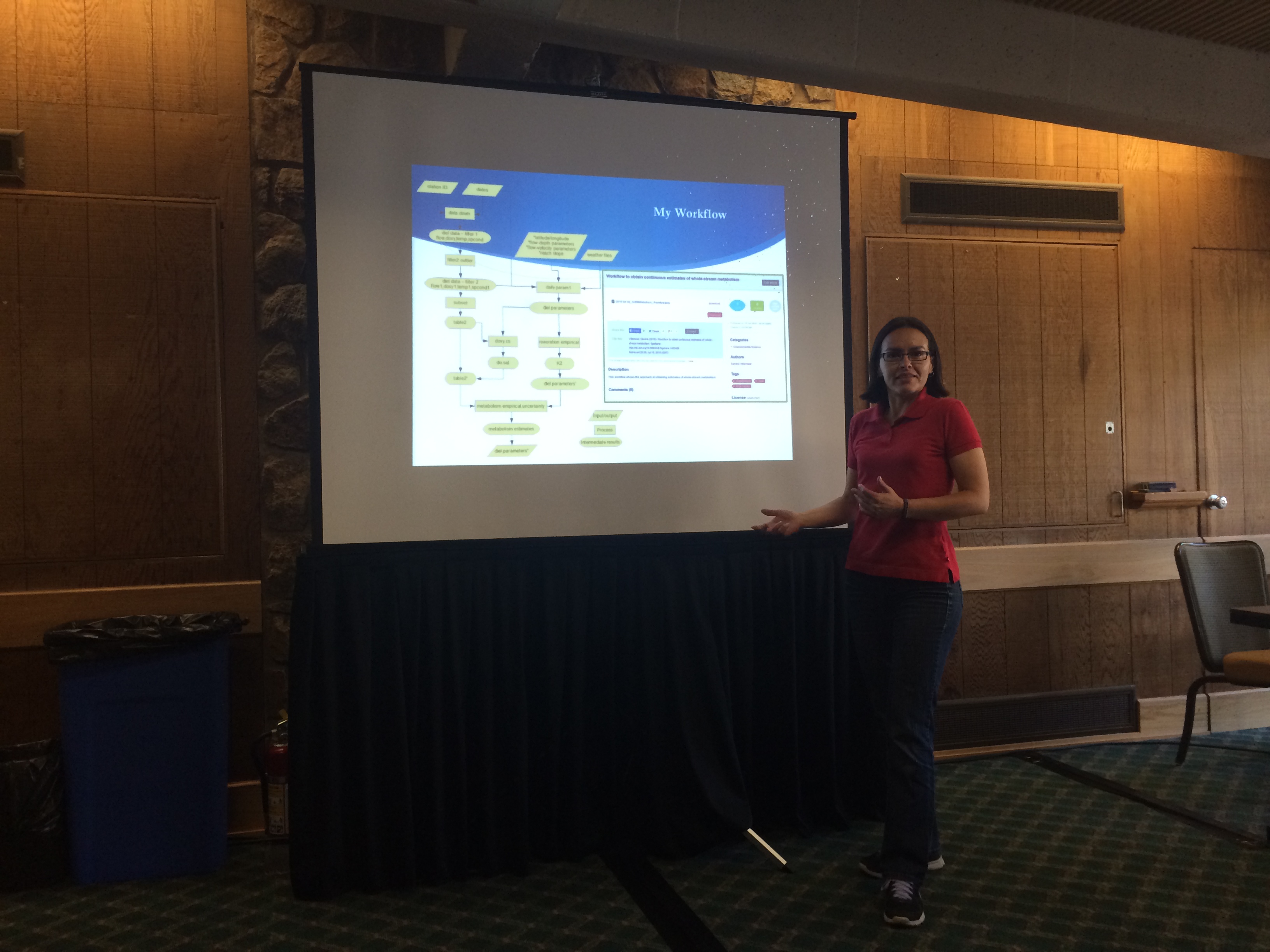 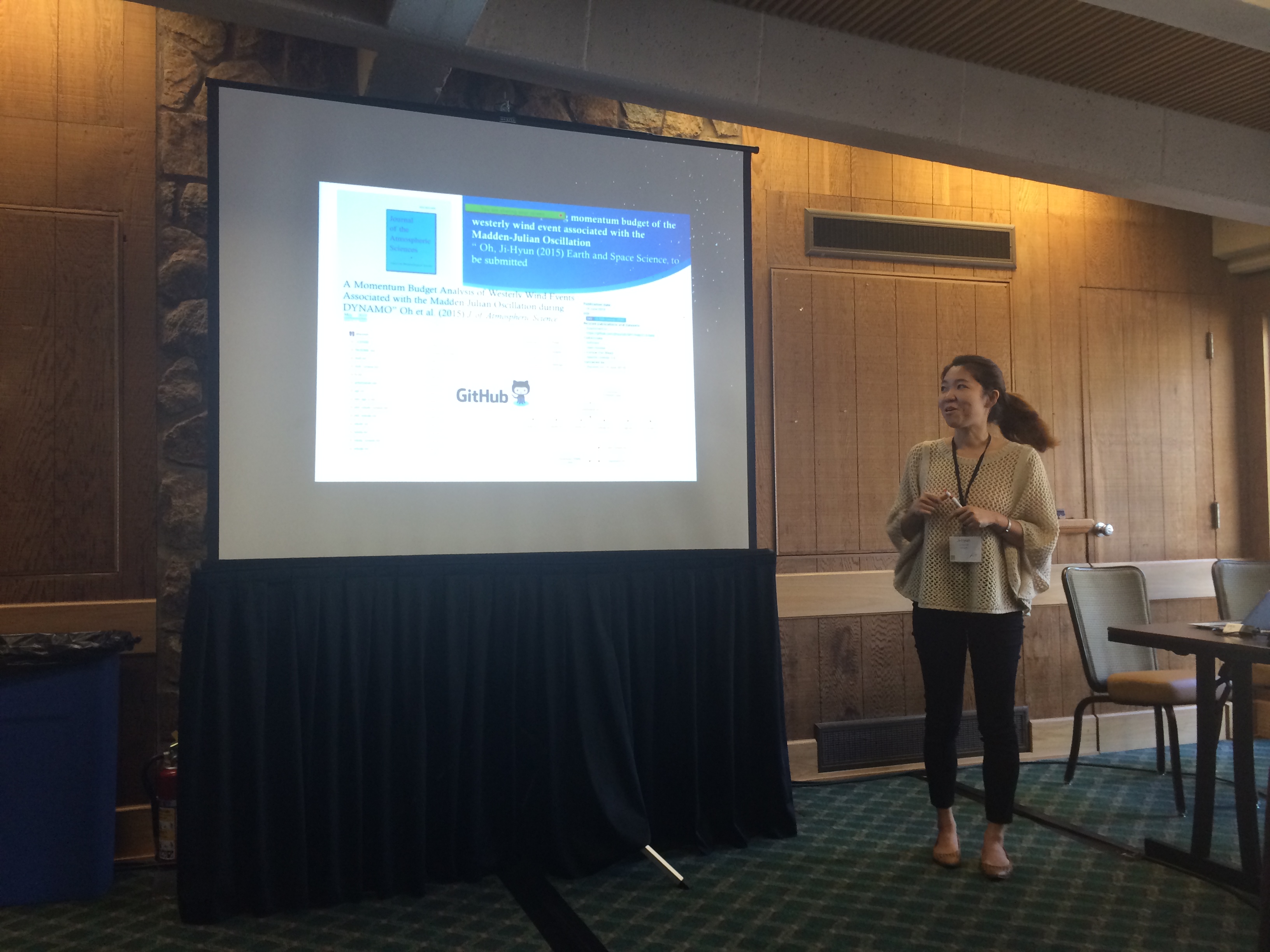 GPF training session instructors Robinson W. Fulweiler (Boston University) and Yolanda Gil (University of Southern California) photographed with the most recent model of the Alvin deep sea submersible as they toured the facilities at the Woods Hole Oceanographic Institution (WHOI). First launched in 1964, Alvin has received many upgrades that enable it now to take now to take a pilot and two scientists as deep as 6,000 meters for up to 10 hours. Over the last 50 years, Alvin has been a key compoennet of some of the most iconic deep sea discoveries, including observing extreme life, exploring the first known hydrothermal vents, and surveying the sites of the 2010 Deepwater Horizon oil spill and of the RMS Titanic. 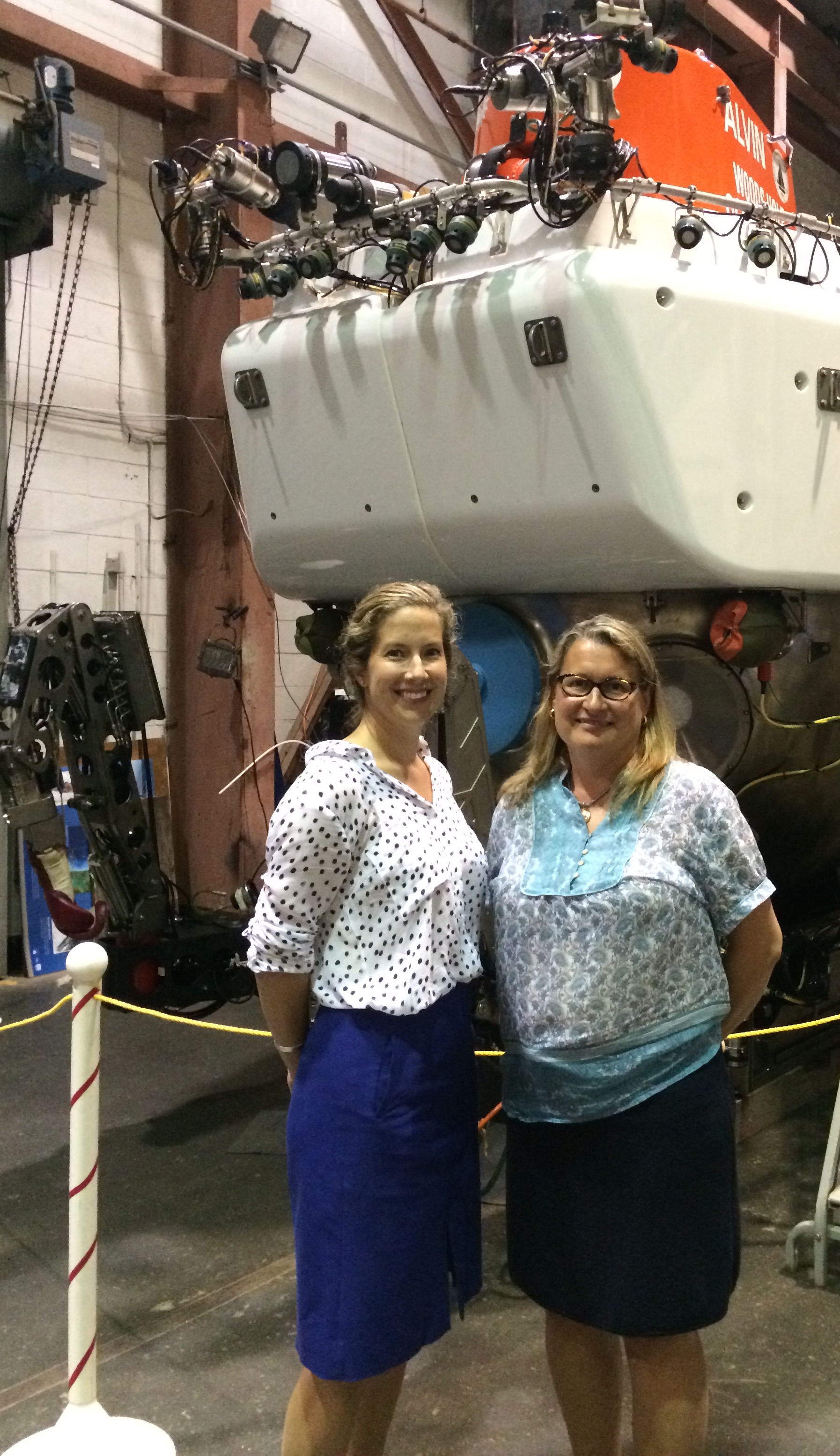 GPF training session instructor Yolanda Gil (University of Southern California) at the US Geological Survey National Training Center in Denver CO. The GPF session had more than 50 in-site attendees, and was broadcast to more than 20 USGS centers and affiliates over the world 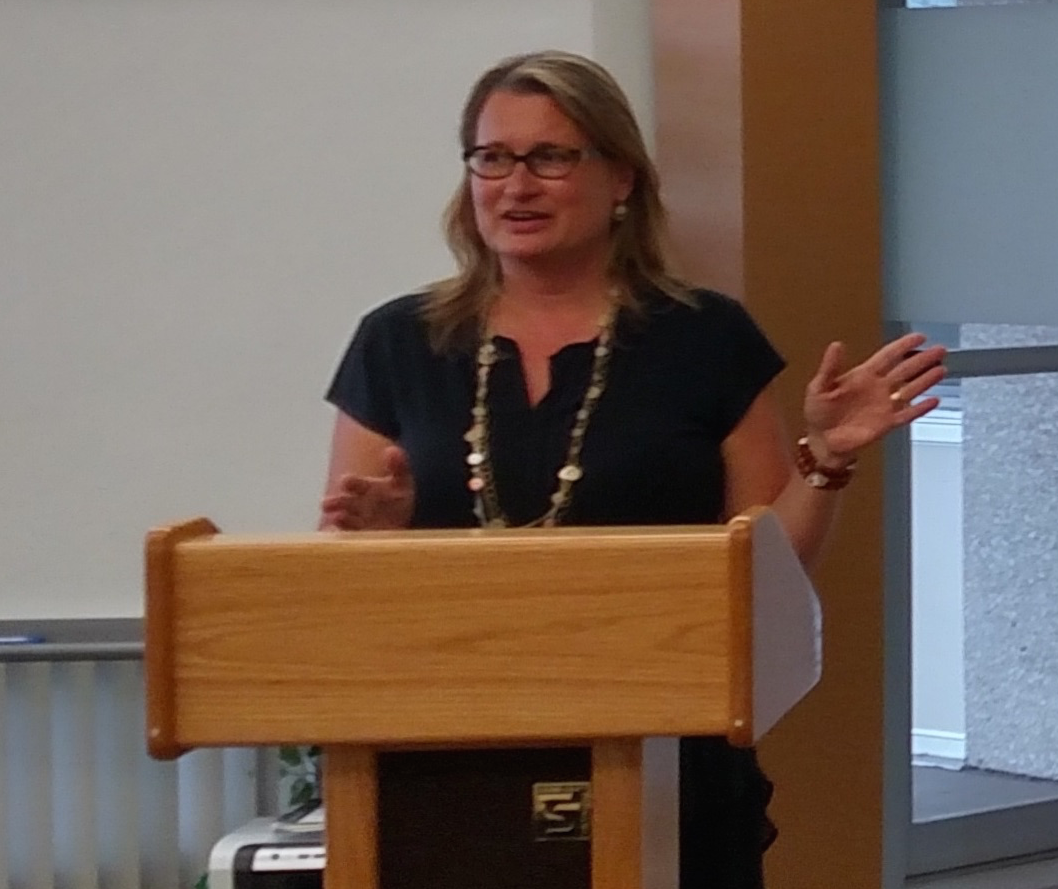 GPF training session instructors Yolanda Gil of the University of Southern California (presenting) and Xuan Yu of the University of Delaware (second from right) at the Columbia University Lamont-Doherty Earth Observatory (LDEO) in Palisades NY. The GPF session was attended by graduate students and faculty as well as by data curators for several data repositories served by LDEO.

Yolanda Gil, in the Data Fair at AGU

A plenary session on the Geoscience Paper of the Future was held at the annual meeting of the Coupling, Energetics, and Dynamics of Atmospheric Regions (CEDAR) program funded under NSF’s Atmospheric and Geospace Sciences division. The session was arranged as a collaboration between the Integrated GeoSpace Observatory (InGeO) and the OntoSoft projects. Yolanda Gil (University of Southern California) discussed the use of the community-wide Madrigal data repository and the Community Coordinated Modeling Center (CCMC) to support reproducible research, open science, and digital scholarship in geospace studies. A special session to discuss recommendations for the community was also held at the meeting, where a working group was formed to follow up on documenting the recommendations and gather community feedback.

A training session was invited by the Center for Excellence in Research at the University of Southern California (USC). USC research professor Yolanda Gil and post-doctoral researcher Daniel Garijo discussed best practices in open science and digital scholarship for scientific data and software. Lucas Carvalho, a visiting researcher and PhD student from the University of Campinas in Brazil, presented a range of techniques to capture workflows and provenance to facilitate reproducibility. 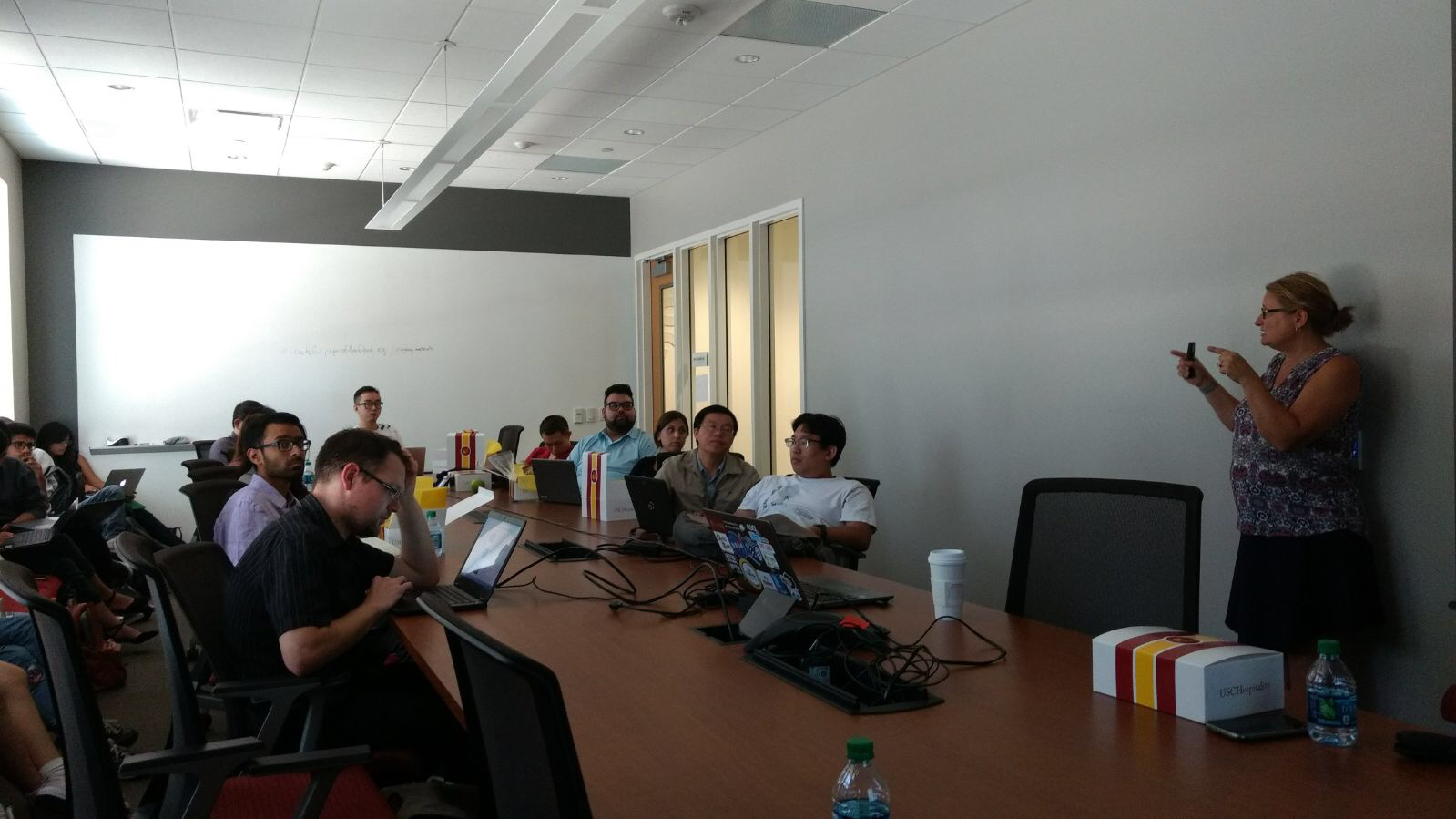